WHAT'S IN A NAME?

Did you know, the word Läkenvelder has two meanings? In Dutch, it translates to the “belted cow,” and in German, it translates to a shadow on a sheet, which they use to describe a type of chicken. Both animals have the same markings, which include a white belt around the mid-section. The Läkenvelder cow is a rare breed of cattle, but in the Texas Hill Country you can spot them on quite a few ranches. Here they are known as a Belted Galloway. Marie has worked 12 years with Harper ISD as the Food Service Supervisor and Head Chef. She has also owned her own Catering Company and formally owned Diamond C’s Burger & Shakes in Harper, Texas. Marie brings a wealth of knowledge and amazing recipes that we can’t wait for everyone to try. Kiani has been in the Food & Beverage Industry for over 10 years. She has worked for some of the biggest names in the industry and brings with her a passion for creating a great dining experience for any and all guests. Elyssa was in the marketing and social media field for over 5 years. She has business experience working with companies, including Wyndham, and even owning her own photography company. We are so excited to have someone as business-savvy as her and anything and everything media! 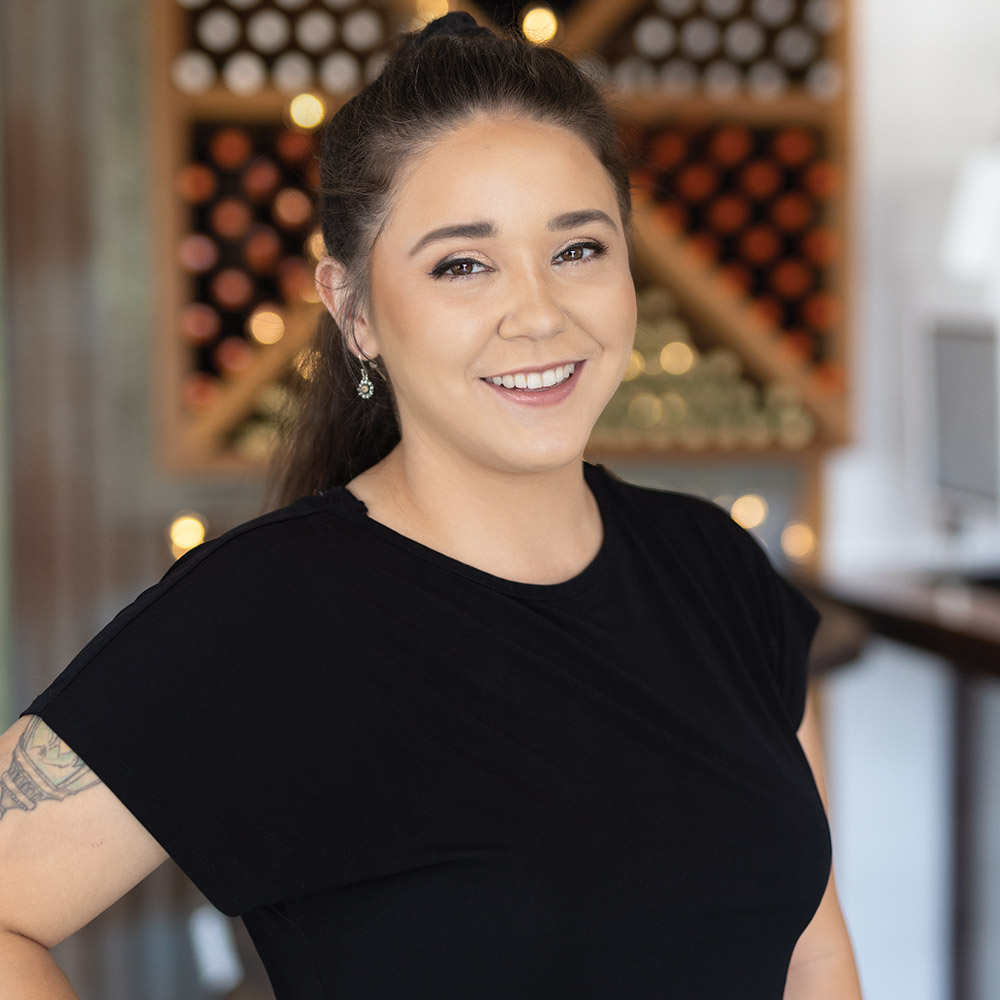 Mariyah has been in customer service for over 11 years. She worked her way up from bartending to bar consultant. Her knowledge of the bar business has allowed her to help bars introduce liquor into their lineup. Her love for spirits and creating new cocktails will entice you to try something different.